ActivCare at Bressi Ranch Named Project of the Year 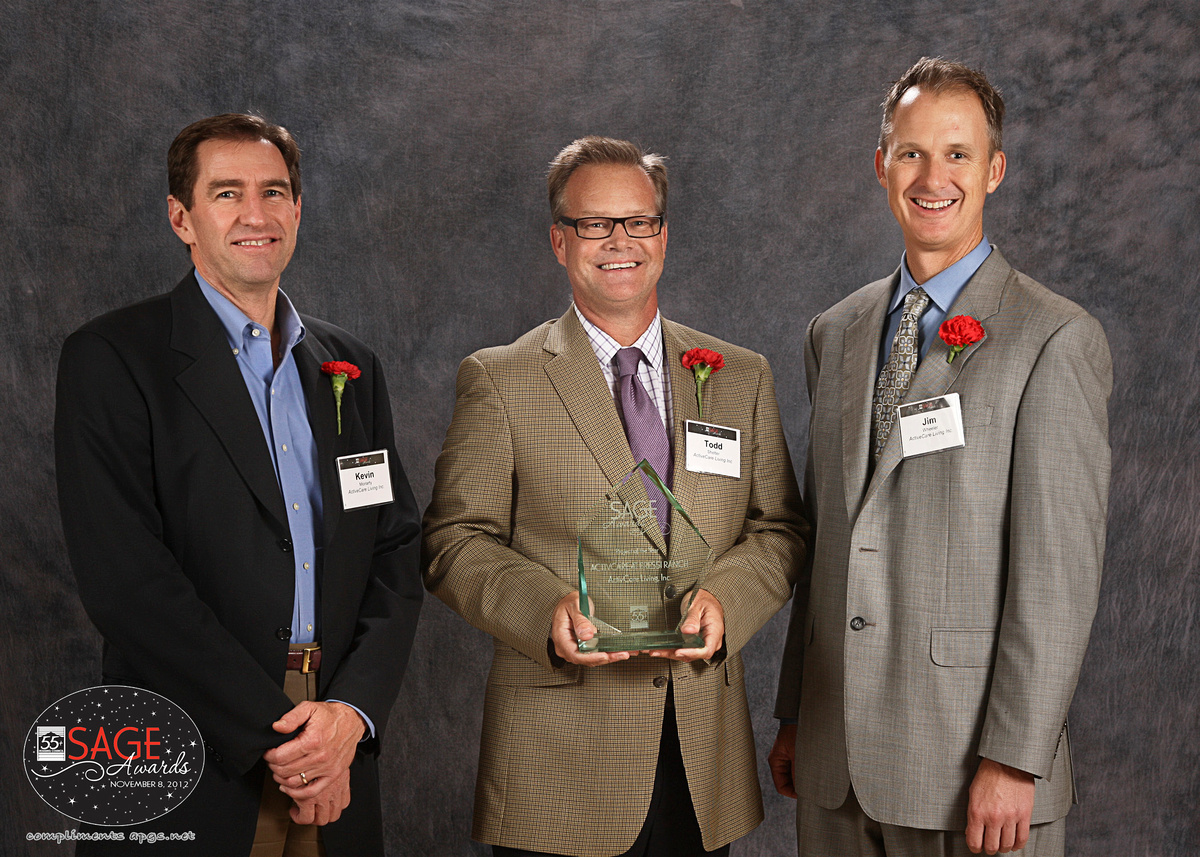 Memory Care Community ActivCare at Bressi Ranch was recognized last week as Project of the Year by the 55+ Housing Council of the SoCal Building Industry Association. Touted as a model of inspiration for other 55+ housing developments, ActivCare at Bressi Ranch received the honor among other memory care communities in Southern California for its innovative design that meets the needs of its residents.

Since 1995, the SAGE Awards have honored individuals, projects and programs that have made an outstanding contribution to enhancing the quality of life for Southern California [Santa Barbara to San Diego] residents aged 55+.

â€œWe are honored to receive such recognition among our peers,â€ stated W. Major Chance, ActivCare founder and chief executive officer. â€œActivCare at Bressi Ranch incorporates the best ideas from our companyâ€™s 25 years of designing, building and operating residential communities for seniors with Alzheimerâ€™s or related dementias. We believe that it is truly the next generation of memory care communities.â€

ActivCare at Bressi Ranch, which opened in November of 2011, was specifically designed and built to serve the needs of those with memory loss. An open floor plan provides freedom of movement for residents while allowing memory-impaired residents prompts such as colorful murals and a Living Wall to find their way. All paths lead back to the Great Rooms where residents gather for daily meals, exercise classes, musical performances and hand-on activities, reducing confusion and agitation.

â€œFor the last quarter of a century we have cared for more than 4,000 individuals with memory loss through our ActivCare program at our various senior communities,â€ said Chance. â€œThrough that experience we believe that we have crafted an innovative model that offers the best memory care.â€

ActivCare Living develops and manages communities designed to enhance the lives of those with memory loss. Whether in the early or late stages of memory loss, ActivCareâ€™s purpose-built communities, propriety programs, experienced staff and compassionate care offer a new life to affected individuals and hope to their families. For more information about ActivCare Living and its communities, please contact 858.565.4424 or visit

ActivCare in the News